Weather Any Storm With a Standby Generator

Permit or Not to Permit

One can certainly understand why homeowners wouldn’t want to involve their municipality in the installation of their home generator.  Besides the obvious hassle of getting the permit, there is also the cost of the permit and the fact that you have to have a licensed electrician install the generator in order to get said permit.  […]

Eye of the Storm

October 3, 2016 With Hurricane Matthew driving its way through the Caribbean, it is no wonder that there are emergency warnings and preparations taking place throughout the southern U.S.  In Florida, Georgia, and South and North Carolina citizens and governmental entities are bracing for the impact of this storm.   One person has already died and […] 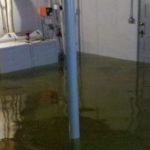 If you have decided that you have had enough with flooded basements and you are considering taking the next step and get a battery back up system, you might want to reconsider that investment and think longer term. The average battery backup system, plus monitoring, plus installation can cost upwards of $1200.  This is a […]

What Happens During a Weekly Generator Self-test?

One of the many features of a whole house generator that makes them so reliable is the self-test feature. Your installer can schedule your new generator to perform what is called a self-test either weekly, bi-weekly or monthly. During a self-test, your generator turns itself on based on a programmed schedule. Newer backup generators run […] 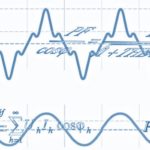 What is THD and what does it have to do with home generators?

Your home is no doubt filled with computers, flat screen TVs, audio equipment and computer boards in systems such as your HVAC system.  Did you know that these sensitive electronics require clean power?  If you have an old generator in your home, you probably know what unclean power is.  Basically, you might know that all […]